Working on a variety of writing projects and art projects, etc.
Thinking about a variety of blogging ideas, among other things.
Lots being worked on in the background even when I get quiet.
I hope everybody is staying safe, taking care of themselves and making smart decisions during this strange time, much care goes out to everyone. Personally, I am usually fairly isolated and such so I'm not having to make major changes in order to do the "social distancing" thing, for once the difficulties of my regular life actively pay off in making me particularly skilled and equipped to better handle some additional difficulties, life is weird...
Christina
March 18, 2020
Some pages are still under reconstruction. Thanks for your patience. 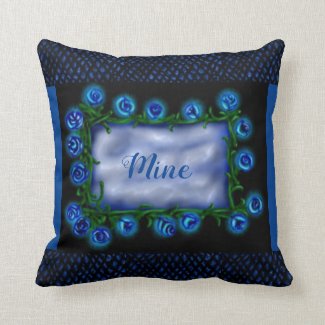 Mine Blue Purple Roses Dragon Scales Throw Pillows
by bentrealm
The back of this pillow is almost the same, it's done up in purples though and the text says "Still Mine"

Moment of Solitude, posters
by bentrealm